Concept, one of the best board games of the year 2014, belongs to a family of party board games like Spyfall, Wavelength, and Decrypto, where clues are given to team members to guess what the clue giver is trying to communicate.

However, most people find it difficult to understand how to play concept because of the categorizations and complex association of ideas it involves.

If you feel this way, no problem, it is easier than you think. In this simple but concise article, we will cover how to set it up, how to play, tips on how to play and end the game feeling confident of yourself.

How to play the Concept board game

Is concept a good game?

Concept is extremely good game to play because it is fun. Irrespective of who wins, there is an atmosphere of joy.

Also, concept, as the name suggests teaches you how to organize ideas to paint a picture of the general idea. It makes you more abstract in your thinking.

Concept, an interesting guessing party board game published by REPOS Production and designed by Alain Rivollet and Gaetan Beaujannot.

In the game, players are divided into two teams. Each team then prepares clues for their team members with the aid of the icons and tokens.

When it is your turn to play you pick a concept card and decide whether to use the easy, medium, or difficult category. However, it is advisable to start with the easy category first. The hard ones are best used when your team players are much comfortable with the game. Basically, choose the easy one first and work your way up. 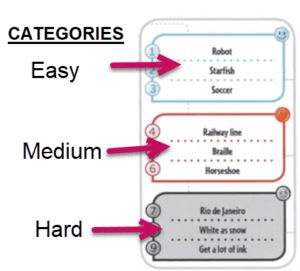 In the game, you will use your tokens – a green question mark, cubes, and other tokens to express or communicate your clues to the other players. 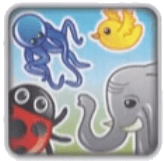 So, for example, if starfish is the clue you want to communicate, the main concept will be an animal. So, you will use the green question mark to represent the main concept. Then the cubes to give specific attributes like water, and a star shape to help your players figure out the clue by expanding the initial concept. 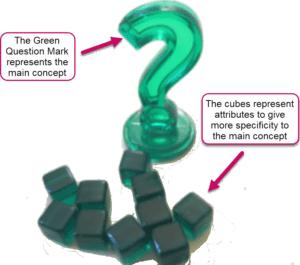 That is basically how concept is designed to work. Easy peezy.

However, the hard categories require more specificity to communicate your ideas clearly and effectively. This is where the secondary tokens come in. They are used to communicate far more complex ideas than the question mark could.

With these tokens resembling the exclamation mark, you can communicate ideas like “The Girl with a Tattoo”, or Straddle in a fence, and so on.

Here is an image illustrating the use of the secondary tokens. 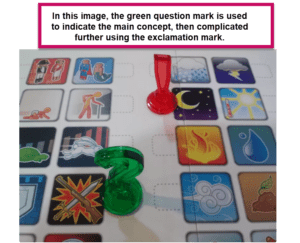 To get started, the game board should be placed in the center of the table where everyone can easily access it.

Take your deck of cards, shuffle them, and place them face down. After this, create a pile of 12 VP tokens and lots of single tokens for scoring purposes.

Take the assorted pieces – pawns, and cubes and place them in the bowl. They are required for giving clues.

Tips on how to win the game concept

Below are a couple of tips to help you get a big picture overview of the game. 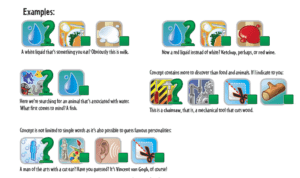 After both teams have been set up, one team draws a concept card, keeping the categories in mind, and then chooses a word or phrase for the other players to guess.

See Also  How to Play Spyfall – Game rules and Strategies 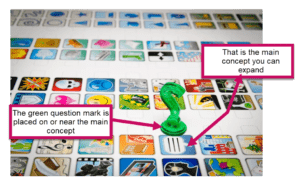 Although you are playing in teams, it is still a one-player game. The player that is able to guess correctly gets one double token (1 VP) and the members of that team get a single token each. Clockwise around the table, a new card is taken by another player who chooses a word or phrase for others to figure out.

The clue giver cannot speak or communicate the clues to the other players. He can however say “Yes” if his team players are on the right track

If you have played the Wavelength board game before, this game is similar as your team members can discuss among themselves to figure out what the clues mean.

Clue givers can use as many tokens to help them communicate their clues effectively. There is no rule preventing that. You can be as creative as you want to be so far as it will your team members get the idea clearly.

A third player can be called to join help out if no one manages to guess the word. If the word can still not be guessed, the word will be ditched and a new word will be chosen. However, no point is awarded.

Be sure to also check the reference sheet or player aid. It will aid you in getting some ideas as to what the icons mean and how you can use your tokens to organize your ideas effectively.

The game ends when 12 victory tokens points are awarded. The player with the most points is the winner.

If you currently don’t own this game, you can pick one for yourself down below. 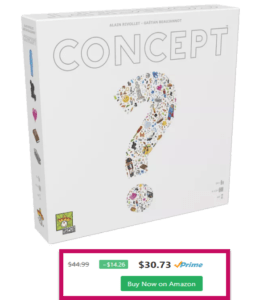 Learning how to play the concept board game will improve your mind drastically and also enrich the atmosphere of your party moments.

Concept is easy and all you need is to know how to set it up, the rules and how to give clues correctly. And you’re done.

Check our board game page for more ideas about this hobby.