Even if you are one of the best wargamers in the world or even a beginner, you know how it feels to make a pick from the numerous excellent war-based games out there. Imagine the time, the money, and precious moments you will waste trying all this out. To get the perfect and best war board is not an easy feat.

But, we at Hobby Sprout have gone through and done extensive research and even played some of these games to help you find the best war board games to start playing now.

Note, this list is in no way listing every great game out there as there are many. But we have sifted through most of them.

So, in confidence, here is a list of the top ten war board games to start playing now.

THE BEST WAR BOARD GAMES

Sekigahara: The Unification of Japan 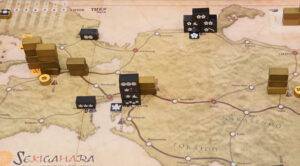 This 2-player game was designed by Matt Calkins and illustrated by Rodger B. MacGowan and Mark Mhaffey and published by GMT Games. The game is based on the battle of Sekigahara fought in the year 1600 in Japan. The concept behind the war is to defend, protect or finish off the Toyotomi heir by gaining the loyalty of the feudal lords.

In the game, players use their forces to move around the map for key locations. The idea is to gain more territories and draw your enemy into a battle. Every player has a clan that consists of a leader and their troops.

The game is fairly simple with understandable rules, picking it up in about ten minutes. Plus, you will learn to think strategically and logically. 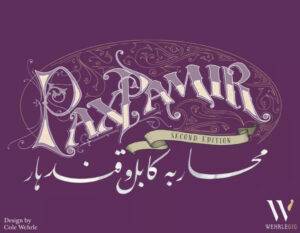 Pax Pamir was designed and illustrated by Cole Wehrle and published by Wehrlegig Games. The game is based on the power struggle that existed in Afghanistan after the collapse of the Durrani Empire in the 1800s

In the game, you take on the role of the dominant Afghan leader among all the players who emerge out of the shadows, with the intent of making a pact with one of the dominant forces in the region— the Russians, British, or the Afghans. The idea is to increase your influence with one of them and if there is no controlling power you try the strategy of espionage in some of the regions.

The game is fun, interesting, and will make a really good addition to your board game collection.

War of the ring 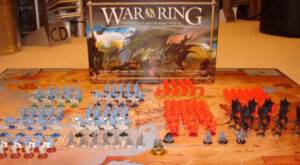 War of the ring is an immersive narrative board game. It was designed by Roberto Di Melglio, Marco Maggi and Francesco Neptello. As the name suggests, it is based on the movie — Lord of the rings. It is also a 2-player game.

This game is one of the best strategy-based games out there. It offers a unique player experience into the world of fairies, kings, wizards, Elves, and beasts of the middle earth.

In the game, you either play the side of the free people or control Sauron’s shadow armies. The goal is to conquer and destroy the armies of the other player and win the war.

This game is epic and a little bit complicated but with enough patience, you will get the hang of it. It is fun and interesting. One of the important things it will teach you is strategy. 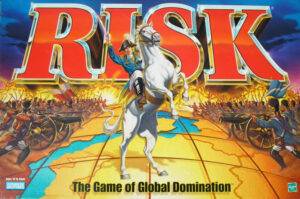 Risk was designed by Albert Lamorisse and Michael I. Levin. The whole idea is to dominate the entire world. It is strategy-based and will test your wit and mind.

Risk has dominated the world of war board games for decades. It is one of the most epic games you can ever play with family and friends.

The gameboard itself is an illustration of the world, containing 42 territories divided among six continents. The whole concept behind the game is world domination, so players have the goal to control all those territories. It is incredibly fun to play and will have at the edge of your seat.

Different versions of this game have been produced because of its popularity. Here are some of these versions.

Related: How To Play Risk 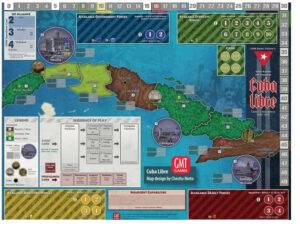 Cuba Libre is a popular coin-based board game that was designed by Jeff Grossman and Volko Ruhnke. The game is based on a rebellion that took place in cuba by Fidel Castro. It is more like an insurgency game.

In the game, you get to play as one of the four factions seeking to gain control of Cuba. One player per faction and you play against each other. The more of the population you control, the more likely you can win the game.

See Also  How To Play Risk - Game Rules and Strategies

The one thing I love about this game is that the rules are not overwhelming. 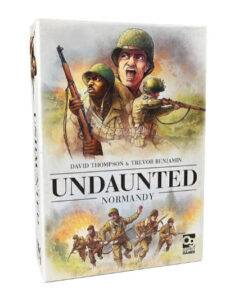 Undaunted Normandy is a 2-player board game, designed by Trevor Benjamin and David Thompson. It is an interesting deck-building war game where players fight each other in the context of the European theatre of World War II.

In the game, you play as either the US or the Germans, fighting against each other for control over territories. The game is played using cards to command and control your forces to either scout, attack, conceal, move. The game is also played in phases. 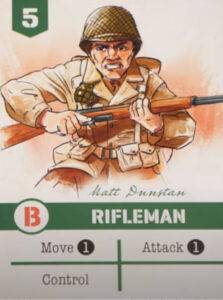 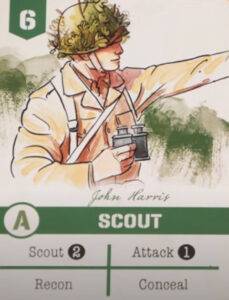 This game is pretty interesting and fun and you should consider getting one for yourself if you haven’t already. 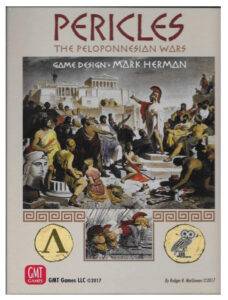 Pericles was designed by Mark Herman and published GMT games. The game is based on the conflict for supremacy in ancient Greece by Athens and its empire, and Sparta and its allies.

The game has two phases, political and war. The political aspect has to do with controlling the assembly, winning debates, and so on. The war phase has to do with of course fighting battles taking hostages and so forth. The one who through their play has the most honor wins the war.

The game is packed with so much fun and can really be a good addition to your collection. 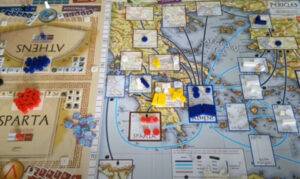 These war board games are fun and can really keep you engaged. Choose one or two from the list and enjoy. This list is, however, not authoritative as there are more wonderful board games on the market.

Also playing physical board games is great but there are also online-based games you can play. Check our post on the best online board games.

Other great war board games you can buy